The US has transported an American citizen who is alleged to have been an ISIS fighter back to American soil from Syria in order to face trial for his alleged involvement with the terror group, according to two US officials familiar with the matter.

The officials said he had been previously held by the US-backed Syrian Democratic Forces, a group of Kurdish-led anti-ISIS fighters that are currently holding over 2,000 foreign ISIS fighters from over 50 countries.
The US military helped facilitate the transfer.
The Department of State and the Pentagon referred CNN to the Department of Justice, which declined to comment.
US officials say more than 2,000 suspected foreign ISIS fighters being held in Syria
The number of foreigners in detention increased sharply following the capture of ISIS’ last area of territorial control in Baghouz, Syria in late March. US officials told CNN in April that they were investigating reports that some of those detainees were US citizens.
The foreigners are among the more than 9,000 ISIS fighters being held by the Syrian Democratic Forces, with the majority of those being Syrian and Iraqi nationals. An additional 60,000 of what the US government refers to as ISIS “affiliates” are staying in makeshift camps where the SDF has a security presence.
The US government has long sought to encourage countries to repatriate their citizens and the Department of Justice has been able to charge several American citizens for their alleged involvement with ISIS.
However, the effort has had limited success to date with only seven countries — the US, Italy, Kosovo, North Macedonia, Bosnia and Herzegovina, Kazakhstan and Morocco — having publicly repatriated their fighters.
Iran seizes foreign oil tanker with 12 crew, state media says
Italy’s decision to repatriate an Italian citizen who had fought for ISIS late last month was praised by US Secretary of State Mike Pompeo.
“The United States commends the Government of Italy for the repatriation of an Italian foreign terrorist fighter from Syria,” Pompeo said in a statement earlier this month, adding “It is our hope that other Western European countries will follow Italy’s example and take responsibility for their citizens in Syria.”
Many countries are reluctant to repatriate their fighters because of the difficulty of prosecuting suspected ISIS members based on evidence collected on the battlefield.

The Trump administration has increased diplomatic pressure and dispatched national security prosecutors around the world as they’ve sought to convince foreign allies to take responsibility for a growing population of foreign ISIS fighters in Kurdish detention.
Alongside ongoing negotiations, the Trump administration, and the Obama administration before it, has participated in nearly 50 bilateral training sessions with allies across the globe as they’ve sought to persuade them to take back their fighters.
Federal prosecutors from the Justice Department’s National Security Division have instructed foreign law enforcement officials on a variety of elements of the US justice system, including the use of material support statutes to charge individuals that engage with terror groups, and on the proper ways to use evidence captured on the battlefield, which can be made difficult over questions around the chain of its custody. 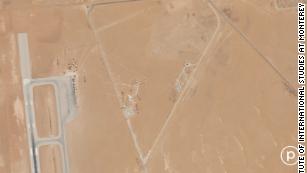 “It’s worked,” said John Demers, the assistant attorney general for national security, in an interview with CNN earlier this year. “The UK has used fingerprint evidence off an IED to convict a UK person who had traveled. The Danes have used these enrollment forms to convict a number of foreign terrorist fighters.”
Demers was in the UK and Ireland last month and discussed the topic with his counterparts, and Attorney General William Barr is traveling to London this month for a series of meetings with countries that closely share intelligence with each other where the repatriation of foreign fighters is expected to be on the agenda.
US officials say several countries have also privately repatriated their citizens from SDF detention but have chosen not to make those repatriations public due to domestic political concerns.
“The (Syrian Democratic Forces) currently has over 2,000 foreign terrorist fighters in custody from over 50 countries and this is obviously a group with very limited resources who spends quite a bit of time, effort and resources taking care of everybody else’s problems,” Deputy Assistant Secretary of Defense for the Middle East, Mick Mulroy, told a Senate Foreign Relations Committee hearing on Tuesday.
“From our perspective at the (Department of Defense) we are pushing all the time for our partners to take back their citizens, it is their responsibility,” Mulroy added. 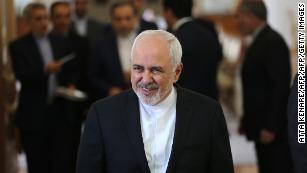 The number of Americans who joined ISIS on the battlefield is small, compared to countries like France and the UK, where several hundred foreign fighters traveled from.
Fifty-nine Americans are believed to have traveled overseas to join ISIS, and more than a dozen, including a Texas man in January, have faced terror-related charges after being returned to the US, according to research from the George Washington University Program on Extremism. Many more are believed to have died on the battlefield.
But earlier this year, the US government announced that an “ISIS affiliate,” Hoda Muthana, would not be repatriated to the US, despite her pleas to return and face justice. Although she was born in New Jersey, the government said she was never a US citizen due to her father’s diplomatic status.
Another dual US-Saudi national that had been captured by anti-ISIS fighters and transferred to US military detention was released to a third country after that detention was challenged in multiple court actions by the American Civil Liberties Union.

Trump sparks condemnation after supporters chant 'send her back'