The author of a message in a bottle has been located some 50 years after he threw it into the Indian Ocean.

Paul Gilmore, then 13, dropped the bottle into the ocean while sailing with his family on a liner from the UK to Melbourne.

On Tuesday, his note was found in South Australia by 13-year-old Jyah Ellott who was out fishing with his father.

Mr Gilmore told the BBC that he was “always hoping that a letter would come back.”

In the note written on 17 December 1969, Paul Gilmore wrote that he was travelling to Australia on the Fairstar ship and was 1,000 miles away from Fremantle. He urged whoever found the note to reply.

Mr Gilmore, now a gardener and business owner said: “I remember vividly how I sent those letters away. They were important to me – part of the adventure to the other side of the world.

“I loved reading adventure stories, Robinson Crusoe and the rest. I think I was hoping a beautiful girl on an exotic island would find it,” he added.

Mr Gilmore came back to the UK in 1973 and finished his education before working in Scandinavia and the Middle East as an English teacher.

He said: “I always love travelling and adventures. I’ve been travelling ever since in one way or another.”

Jyah Elliott found the message on Talia Beach on the Eyre Peninsula.

His father Paul Elliott told ABC: “I thought when Jyah first came over with it, it was a hoax!”

They broke the bottle in order to preserve the note.

His son is now hoping to write to Mr Gilmore who is currently on a cruise holiday.

Mr Gilmore’s family told ABC that as soon as he returns from his cruise, Mr Elliott should expect a response.

In 2018, a family in Perth found the world’s oldest known message in a bottle, almost 132 years after it was thrown into the sea. 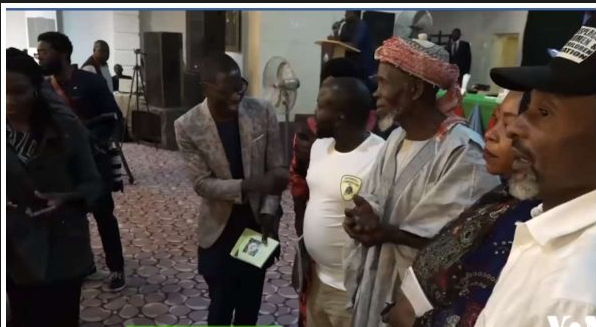 Australian experts confirmed that it was an authentic message from a German ship.

US honours Nigerian imam who hid Christians from killers