Dino Melaye, Senator representing Kogi West has reacted to report making the rounds of him stepping down ahead of the Peoples Democratic Party, PDP, forthcoming primary election.

DAILY POST had reported that five governorship aspirants of the Peoples Democratic Party, PDP, in Kogi State stepped down, ahead of the party’s forthcoming primary election

The five aspirants from Kogi East were reported to have stepped down for the immediate past Governor of the state, Capt. Idris Wada (rtd).

The decision of the aspirants to step down was disclosed by the Vice-Chairman, Kogi East Elders Council (KEEC) and former Minister of State for Health, Arch. Gabriel Aduku, while addressing journalists in Lokoja, the state capital, on Tuesday.

According to Aduku, the decision to ‘prevail on the other aspirants to collapse their structure into Wada was in the overall interest of the party and the state.”https://dailypost.ng/2019/09/03/kogi-guber-pdp-gives-reasons-five-governorship-aspirants-stepped-wada/

However, Melaye in a video shared on his Twitter page, said he had not stepped down for anyone.

He said: “There is a rumor by evildoers that Dino Melaye stepped down. I cannot step down because I am winning this primaries.

“We are cruising into victory, Yahaya Bello must go, One love PDP.”

Step down 4 who? Dog no dey eat Kola… Burger no be monkey food. No shaking I dey gidigba. 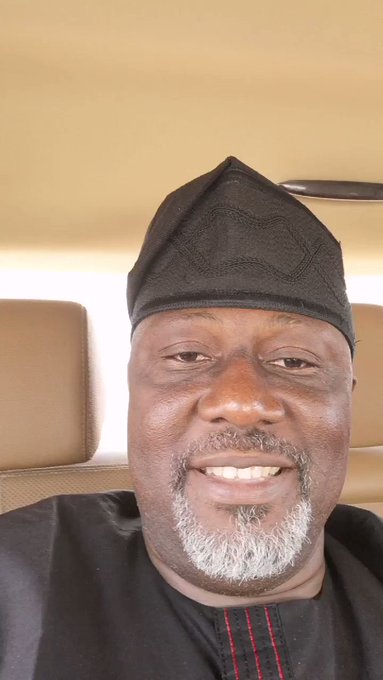 1,252 people are talking about this