The UK government has said it will provide a Royal Navy escort for British-flagged ships passing through the Strait of Hormuz – amid increasing diplomatic tensions in the Gulf.

Ship owners are being advised to give details of their route so they can be escorted by the frigate HMS Montrose.

The move follows the seizure of the British-flagged tanker Stena Impero by Iran’s Revolutionary Guard on Friday.

The ship’s owner said the crew are safe and co-operating with officials.

The decision to provide a military escort to merchant shipping follows a meeting of Downing Street’s emergency Cobra committee to discuss the situation in the Gulf.

HMS Montrose is currently deployed to the region to provide reassurance for British ships, and earlier this month was forced to move between three Iranian boatswhich were trying to impede an oil tanker.

Iran denied that the incident happened and said there had been no confrontation with any foreign vessels. 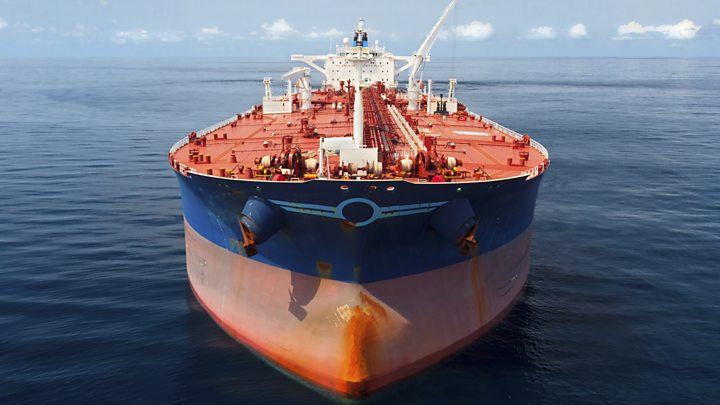 That incident followed the UK’s decision to seize an Iranian tanker, Grace 1, which London alleges was carrying oil to Syria in breach of EU sanctions. Iran has denied the claim.

The latest guidance advises British-flagged vessels to inform the Department of Transport if they are passing through the Strait of Hormuz so that a Royal Navy warship can provide a military escort – individually or in groups.

On Wednesday night, the Ministry of Defence said HMS Montrose escorted two merchant vessels travelling together through the strait.

A second warship – HMS Duncan – is expected to arrive in the area from the start of next week. It will relieve HMS Montrose so the UK can maintain a constant naval presence in the Gulf.

On Monday, the then-Foreign Secretary, Jeremy Hunt, told MPs the UK would seek to create a European-led mission to ensure safe passage of international vessels in the Gulf.

The new scheme would have a mandate to ensure freedom of navigation of international ships, the Foreign Office has said.

But, while the mission would be implemented “as quickly as possible”, Mr Hunt insisted it would not include the US as part of President Trump’s policy of “maximum pressure” on Tehran.

In April, the US tightened its own sanctions on Iran, which it had re-imposed after Tehran withdrew from a 2015 nuclear deal.

The UK government has remained committed to the deal, which curbs Iran’s nuclear activities in return for the lifting of sanctions.

In a joint-statement issued earlier this month, UK, French and German leaders said they were “deeply troubled” by events in the Gulf.

They added: “We believe the time has come to act responsibly and seek a path to stop the escalation of tensions and resume dialogue.”