Popular fashion stylist and entrepreneur, Toyin Lawani who’s the pioneer of “Tiannahs place empire“ recently opened up on her battle with Fibroid for many years on her Instagram page revealing she’s been battling the ailment for over 13 years. 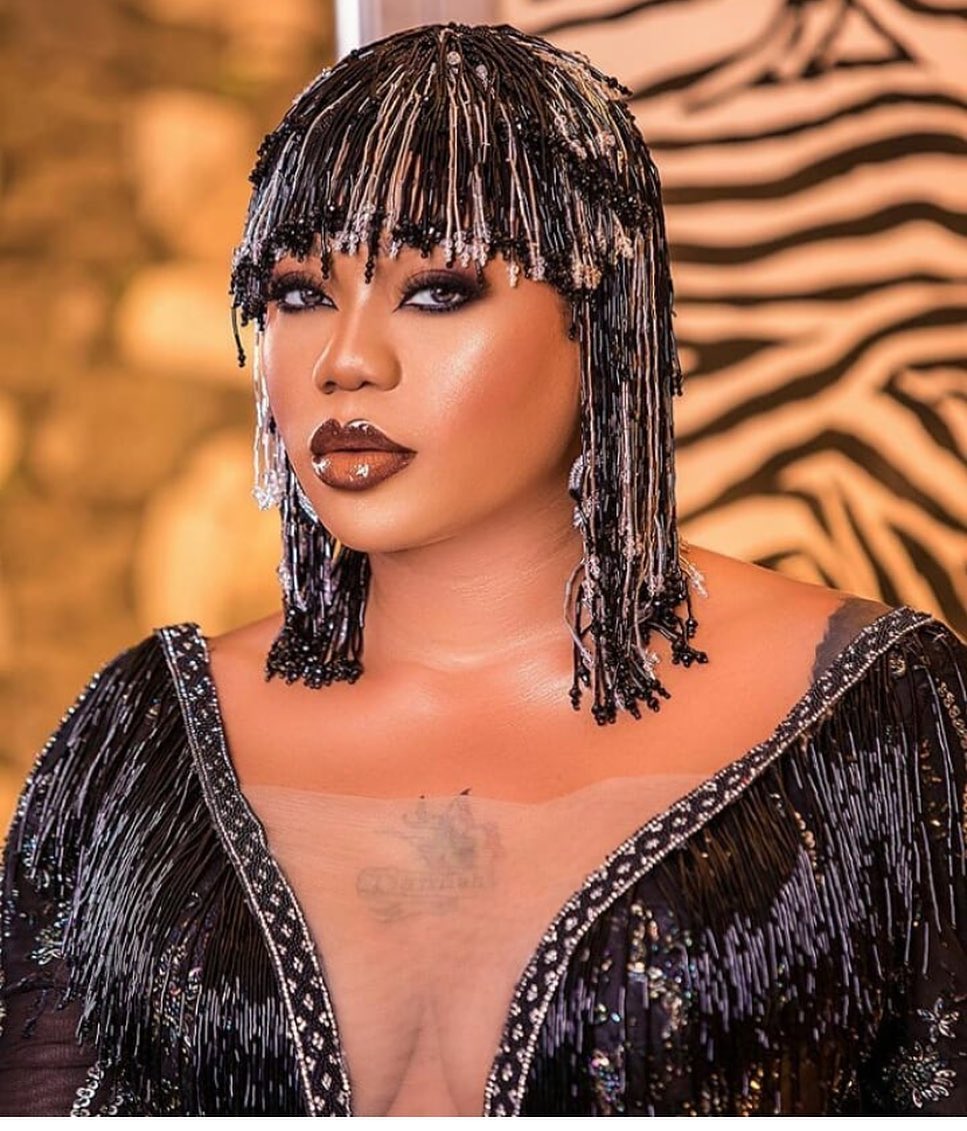 The quite free-spirited stylist and mother of one revealed that many celebrity women are going through a lot in their private lives while some don’t even know they have the ailment since they hardly go for medical tests and check-ups.

Toyin Lawani shared the story of how she battled with fibroid when she was pregnant with her first child Via her Instagram account. She narrated her struggle with fibroid and how she nearly lost her womb.

She gave her revelations as thus,

“I chose to tell you about my story today. I keep everything in my life under wraps because of the negativity out there. 90 percent of my life doesn’t make it to the Internet. I’ve been through a lot in my life, but I’ll let you read all the truth in my book and watch on my reality show #Lifeofanenterpreneur…”

“When I had @lilatmfashionista (Tiannah) I bled all through the pregnancy not knowing I was even pregnant till about 5 months after. three years after I had her I was always having stomach pains and bleeding heavily through my periods. I went to see my gynecologist and he said I had three small fibroids and we agreed to take them out through laparoscopic surgery.

“I woke up thinking it was done, he said it was on my womb, that I will lose my womb if he did it, and I didn’t sign for them to open me up. They had to do it through major surgery. He said one was on my bladder, which made me pee myself when I cough in public and it gave me terrible back pains and leg pains, but he then advised me to have another baby before the surgery. Years after, I got pregnant with @lordmaine1 despite the consequences around it. My partner insisted I had the baby after we found out I was pregnant for months like this because I was still having my periods. Due to the fibroids, around five months I was bedridden. I had a lot of pains from the pregnancy and flew to my gynecologist in the UK. He said I had something called Red Degeneration where the fibroids suck the blood from the baby and doesn’t make it grow. The same day I found out I had Gestational Diabetics. I thought I was going to lose the baby, they changed my diet, went through nonstop pains till about 7 months. Later the baby started growing well and so was the 3 fibroids, they put my sugar levels on the check, during this period.

“With all the pains I even had a fashion show in UK @afwlandafwn and no one knew what I was going through. Even after the show I still ended up at d hospital the next day and they couldn’t give me any serious meds all through my pains, because it could affect the baby, just pain killers. So, I had to bear the pain and in all these, one day while I was sleeping at home, someone sent me a blog story. I read a lot of horrible things about the paternity of my child, with a series of lies, just to pull me and the brand that I’ve worked so hard for down. This worsened my health badly, but my partner & mother-in-law stood by me all through.

“Taking care of me and with prayers, they never doubted me for once. During this period, I couldn’t walk, eat, bath myself, nor talk, thanks to my partner and brother. They used to bath me. I also had a sister God sent to me, but the pain stopped after about 7 months. A lot of my former staff had left me by then, but I raised a team of interns & worked till I was 8 months and two weeks because like everyone else, we have bills to pay. I even lost my home and former shops. After I had the baby, I started working on my new site Tiannahsplacempire quietly…leaving some details out but you can read it in my book. 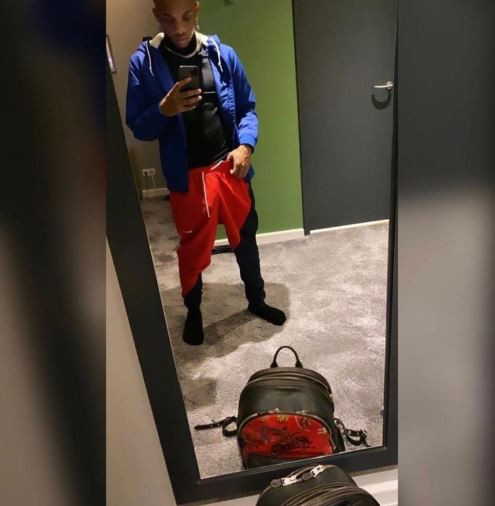 “The next day after my birthday the 2nd of March, I was having fun with the family at the Federal Palace hotel. I started bleeding chunks of blood nonstop. I was rushed to Reddington and collapsed when we got there. They stopped the bleeding & pleaded with me to do the surgery, but I kept postponing it because I didn’t want to lose my womb. It happened again, but this time I couldn’t fly out and a friend told me about a very good Lebanese hospital and they rushed me there. They took the three fibroids out & saved my womb. I was so scared of the scar from the surgery but to my surprise, it’s so thin it’s unbelievable. When I see people with CS scars, I’m like hell no.

“Well, I thank God for my life & my family for standing by me on my sickbed, and thanks to the wonderful doctors @celebdr Dr. Diya, you are a wonderful man, Dr. Wale, Droke, Dr. Valerie, they all made me feel at home. Too many jokes from them and thanks to my online TeamTiannah and my 40 members of staff at Tiannahsplacempire that kept the Biz going. So, ladies pls check yourself regularly, imagine if I was too far from the hospital?

“This is how people bleed to death. Lord, I thank you for your continued blessings and that I can hold my kids again and have more of them……I’ll serve you forever,” she revealed.

Just a few days ago, Toyin Lawani started an awareness of “Fibroid“ on her Instagram page which she tagged “Fibroidawareness‘. The celebrity stylist revealed that she had undergone three surgeries. In a recent post on her Instagram handle, she explained how she coped after the 3 major surgeries. Hear her “ “You WILL NEVER KNOW HOW YOUR STORY CAN HELP OTHERS FIGURE OUT THEIR JOURNEY, MY DM IS FUL. So many sad stories, let’s create more awareness for Fibroid. Position if fibroids are different and will affect us differently, but one thing I know for sure is that having Fibroid and being pregnant is the worst thing ever because if it’s positioned in your uterus like mine, you will go through Red degeneration. It’s either the Baby outgrows the Fibroid or the fibroid outgrows the baby. At 6months I was told my baby wasn’t growing due to The Red degeneration, I gave up. But something told me to go abroad before I take any step, so I did and they were able to manage the pregnancy till I had him. It’s good if you have Fibroid and you always seek advice before you take in. I discovered mine 13 years ago. I didn’t know on time, I felt I had a spiritual problem and I was 23 at the time. I’ve been dealing with it since then, they were too small to take out then. My first laparoscopic surgery in the UK was so heartbreaking.

This was 2014, my first major cut. I had both my kids naturally and I was avoiding the surgery for years. I was avoiding that big scar, so I went for the surgeries with the small holes. But let me share this experience with you. I was booked for the surgery in the UK already, had 3months to it, so I planned a 3days celebration for my birthday. The last one, I lodged I and my kids and family at the Federal Palace hotel for the pool party. After the party, I and my nanny took the kids up. I went to the toilet to pee, then I felt I was on my period. Next thing I saw chunks of blood. Well, that’s how my period used to be then until I noticed it wasn’t stopping. In a minute, I felt like they killed a cow in the bathroom, the floor was covered in clothed blood like kidney size. I picked up the phone, called my doctor but he was far away. This was 2 am, didn’t want to scare the kids so I told my nanny to come in. At this time I found my way in the tub and the blood just kept gushing. I bled for like 30 mins, trying to call for help and didn’t want to tell the hotel CSE. I didn’t want it in the news.

At this point, I was getting very tired and I said to myself, wow, this is how people die and the first thing that came to my mind was my kids. When I realized it wasn’t gonna stop, I told her to tell Tiannah to come in, she’s the strongest child I’ve ever seen. She looked scared but I told her I will be ok. I told her to watch her brother, took the hotel robe and put it between my legs, wore my big boubou and my nanny helped me up. I wore my shades and walked out of the hotel. My driver had gone home but dropped the key. I drove to Reddington in V.I. On getting to their compound, the gateman was chatting some shit about parking. I came down with blood splashing everywhere and fell down, and that was all I remember. When I woke up, they said they stopped the bleeding and I needed surgery ASAP. I called @celebdr and they moved me to Ave Maria. I was scared of sleeping so they paralyzed me through it, so my eyes were open, it got to a point I started screaming, I felt every pain. From the cutting to the lasering of my Uterus, it was awful. They quickly gave me a jab and it knocked me out. When I woke up, I saw my beautiful kids playing with my hair. I smiled, Fibroid is not a joke. Imagine doing several surgeries and having several comebacks. I’m on a herb now and one went already, will share details later after my next scan. #FAWARENESS

“Fibroid scars are not anything to be ashamed of and tied to other things, women go through a lot of pains through these procedures, so wear your scars with pride.

“Wishing everyone out there going through this good luck”.

Ridiculous Oscar: Lionheart Nigeria’s entry disqualified over ‘too much English’