Europe is sleepwalking its way to another lost decade

Europe just endured one decade of economic stagnation. If it doesn’t act soon, it could face another.

Ten years after the global financial crisis, Europe’s economy has achieved a recovery, but not a revival. Low inflation, low interest rates and low growth have become the new normal.
Christine Lagarde is not a central banker. She’s just what Europe needs
Europe’s malaise could have dangerous ripple effects. Another wasted decade would deepen the growing divide between urban and rural Europe, deprive more young people of work and feed political instability.
Carsten Brzeski, chief economist in Germany at the Dutch bank ING, thinks it could even cause the bloc of 19 countries that use the euro to break apart.
“The risk is high that we simply wake up too late, and realize we wasted too much time,” Brzeski said.

The conditions in Europe have drawn comparisons to Japan’s lost decade, a period of slow growth and weak inflation in the 1990s from which the country has never convincingly emerged.
The key symptoms of long-term stagnation, or “Japanification,” are on full display.
Since late 2018, eurozone inflation has been well below the target of just under 2% set by the European Central Bank (ECB). In June, it came in at 1.3%. GDP growth was 1.8% in 2018, and it’s forecast to slow to 1.2% this year. Next year could be even worse if the region has to cope with a chaotic Brexit in the fall.
Interest rates remain at historic lows. ECB President Mario Draghi will step down in October without hiking them once during his eight-year tenure. Some analysts predict the bank could actually cut rates in September.
In investigating the source of this listlessness, the region’s uneven recovery from the global financial crisis looms large.
Unemployment for the European Union peaked at 26.5 million in 2013 and has since dropped to roughly 15.7 million, below pre-crisis levels. But this isn’t the case in places like northwestern Spain, southern Italy and Greece, which still has the highest unemployment rate in Europe. 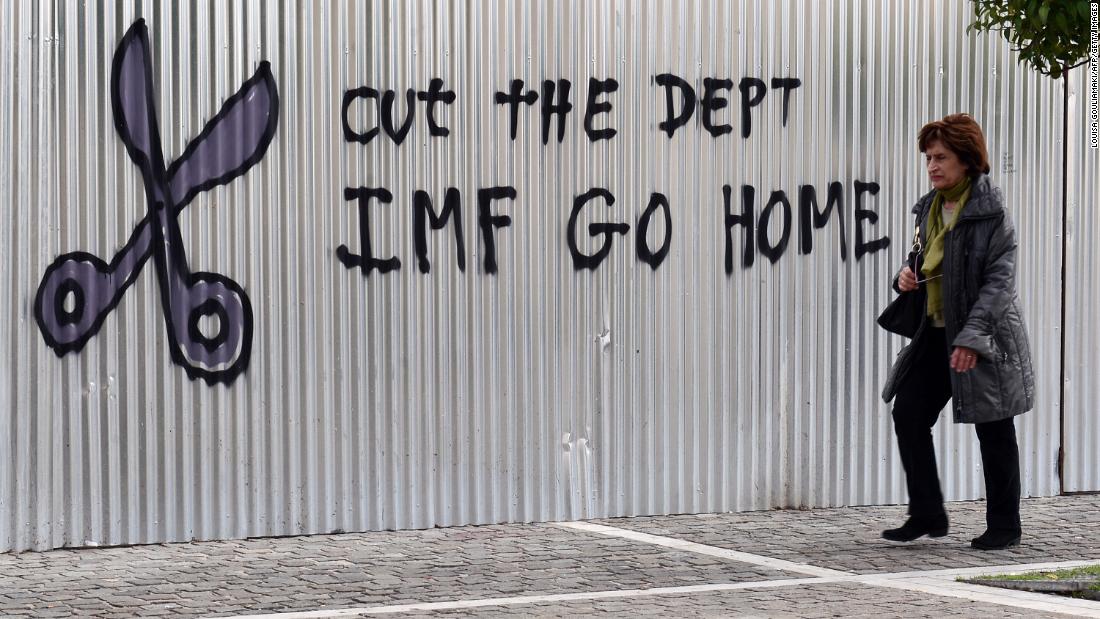 A woman walks past a slogan in central Athens in 2015 protesting the IMF bailout program that led to years of tough austerity measures.
Many areas “have only begun to recover,” wrote ING economists Bert Colijn and Joanna Konings in May.
The comeback has been tepid enough to justify many years of ultra-low, and even negative, interest rates. The last time the European Central Bank raised rates — in 2011 — Portugal’s debt had just been downgraded to junk status, and Greece was awaiting another bailout. Ireland had accepted a bailout package the previous year.
These days, a rate hike isn’t expected until 2021 at the earliest.

The circumstances increasingly evoke Japan, which is finishing its third decade of low growth, low inflation and low interest rates.
Europe is growing at a faster clip. But like Japan, its population is aging, and pensioners are dragging down the economy because they save rather than spend. There’s also a similar problem of zombie banks that eat up capital without providing the loans needed to spur economic growth. 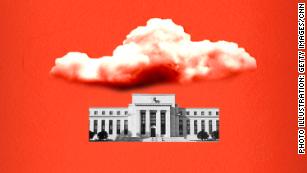 Central bankers lack the weapons to fight the next big recession
The comparison falls short when looking at the tools available to fight the disease of stagnation.Japan has one central bank and one national government. That’s allowed it to act more decisively, even if stimulus measures have so farproven ineffective.
Economic and political integration in Europe, meanwhile, is an unfinished project. The euro was introduced on January 1, 1999. But 20 years on, EU countries have failed to coordinate complementary fiscal policy that could boost the monetary union.
EU countries set their own budgets and roll out their own tax plans within a framework of rules that are supposed to cap borrowing. That leaves the European Central Bank to tackle wider problems at a time when their ammunition is already limited by their actions in the past decade.
“The eurozone is still limping along, firing on one cylinder,” said Jonathan Gregory, head of UK fixed income for UBS Asset Management. “It’s not obvious this is going to change any time soon.”

Experts say that coordinated government spending could help shock Europe out of its lull. But the chances of this happening appear slim.
“The odds of really seeing coordinated, significant, big-number fiscal stimulus are very low,” Brzeski said, noting the political divisions between wealthier countries like Germany and those that have struggled more, such as Italy. France and Germany are also finding it difficult to agree on closer cooperation.
The problem is, politicians may not have much time to dawdle.
Germany is currently paying less interest on its 10-year government bond than Japan. That indicates gloominess about the region’s long-term economic outlook is quickly setting in, and signals that investors expect interest rates to stay depressed. 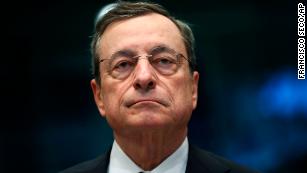 Mario Draghi saved the euro. His replacement also faces a daunting task
“The bond markets in Europe, 10 years after the sovereign [debt] crisis started, are at a place that it took Japan 30 years to reach,” said John Normand, head of cross-asset fundamental strategy at JPMorgan Chase.
Negative interest rates will also continue to squeeze Europe’s banks, while making bonds less appealing. Right now, investors are guaranteed to lose money if they hold a 10-year German bond until it matures.
To Brzeski, it’s a situation that could quickly become unsustainable. “Something’s got to give,” he said.
His forecast: In the years to come, the tug-of-war between national and European interests will become more vigorous as the region’s economy lumbers along. He’s doubtful, however, that this will yield a plan to jolt Europe out of its rut.
“Low growth, low inflation, it starts affecting economies in different ways,” Brzeski said. And then? “You will get these breakup forces coming again.”