Music superstar, Davido has finally confirmed that his fiancée, Chioma, is pregnant.

Davido further revealed that the baby would be a boy.

He wrote “#LILOBO”, meaning a little version of him.

The news came 24 hours after he proposed to his lover.

The ‘Assurance’ crooner announced the proposal on his Twitter page on Thursday. 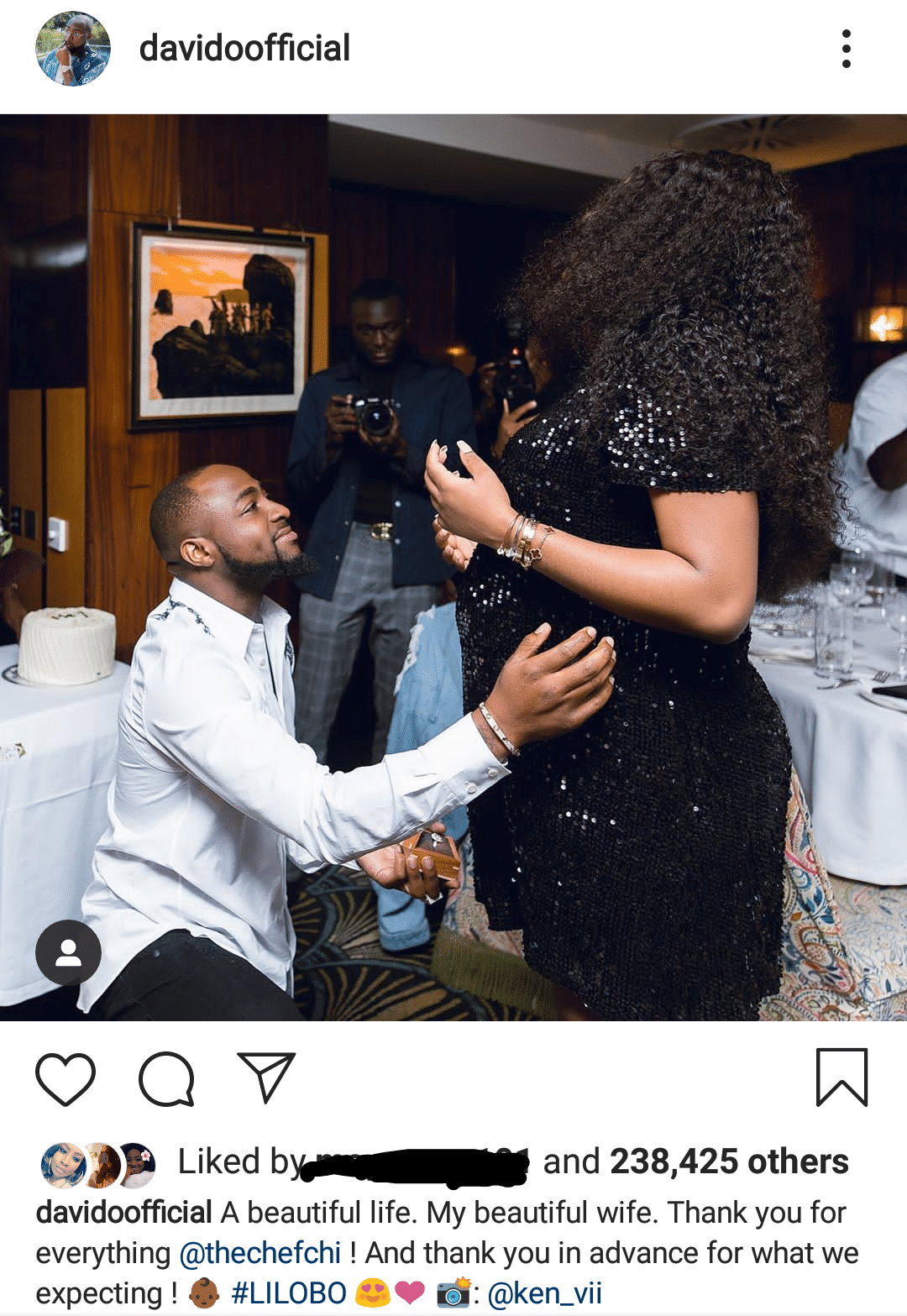