Angela Okorie is catching a lot of flak on social media for dissing Tacha Akide.

Drama started when the actress took to her Instagram to accuse the ex-BBNaija star of not giving her a special recognition for supporting her during her stay in the Big Brother Naija house. 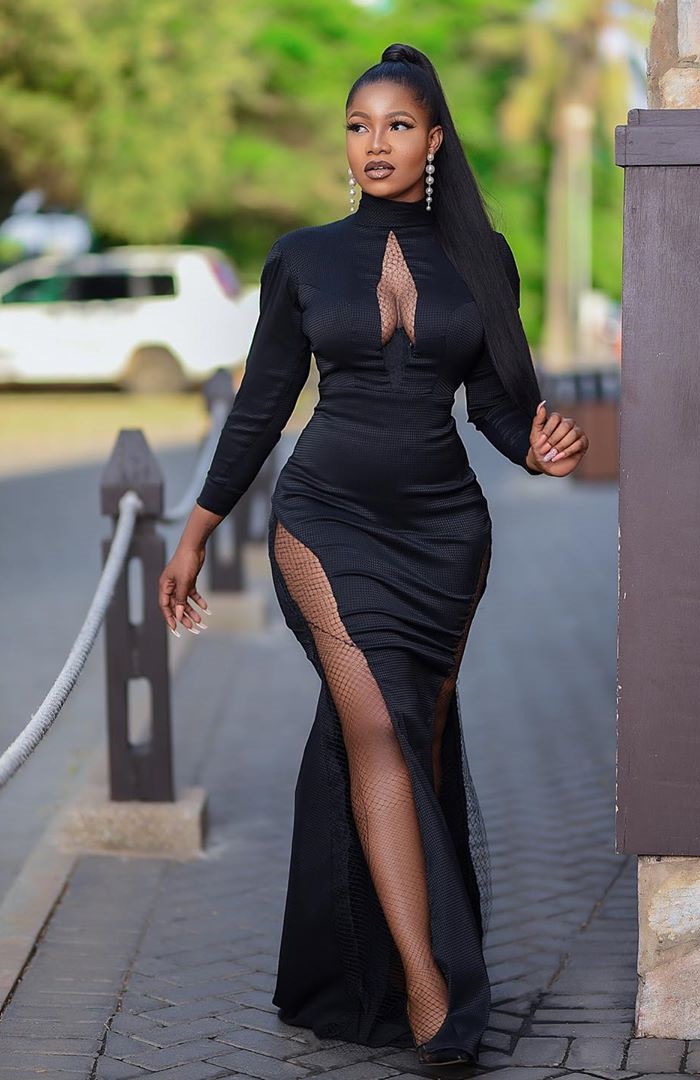 “Some people I helped like Tacha can’t even say thank you for giving her my platform to push her Brand,” she wrote, adding, “as the matter of fact she ignores me. When I write her it takes 2 days to reply me or she directs me to her manager. What an Ungrateful personality.”

Well, Tacha’s fans, the Titans, hopped on social media to call out Okorie’s lies. They reminded the actress that Tacha, did, actually thank her publicly after she was disqualified from the show.

Titans also noted that Tacha often comments on Okorie’s posts, even had shared Okorie’s video on her page in November.

Check out the reactions below:

#WeStanTachaForever what do pple really want???? Cut her head for u all! This so called yeyebrities sha 😓If Tacha isn’t what she she is today una no go send her! Now u all want her to become u slave tool cos u publicly helped her? pic.twitter.com/ymElkIBoaC

Tacha, comman Gimme your Kidney ooooo … I have been supporting you on this street and beyond .
😂😂😂😂😂😂😂😂😂😂

To Any Titan Reading this..

I will travel to the village for Christmas, I miss my family – Mercy Eke announces (photos)