Dr. Akinwunmi Adesina has been re-elected as the President of the Africa Development Bank.

Adesina was re-elected by the Board of Governors of the Bank at the ongoing AfDB’s virtual annual meeting in Abidjan on Thursday.

Onochie wrote, “Our very own Akinwumi Akin Adesina has been reaffirmed as the President of the African Development Bank.

“Thank you to our supportive President @MBuhari who mobilized support for our own Adesina and why not! Adesina has been proven to be above boards.”

DAILY POST had reported that an Independent Review Panel exonerated Akinwumi Adesina, of any ethical wrongdoings.

The panel was set up by AfDB Bureau of Governors, following a complaint by the United States.

It was discovered that the allegations against Adesina were properly considered and dismissed by the committee. 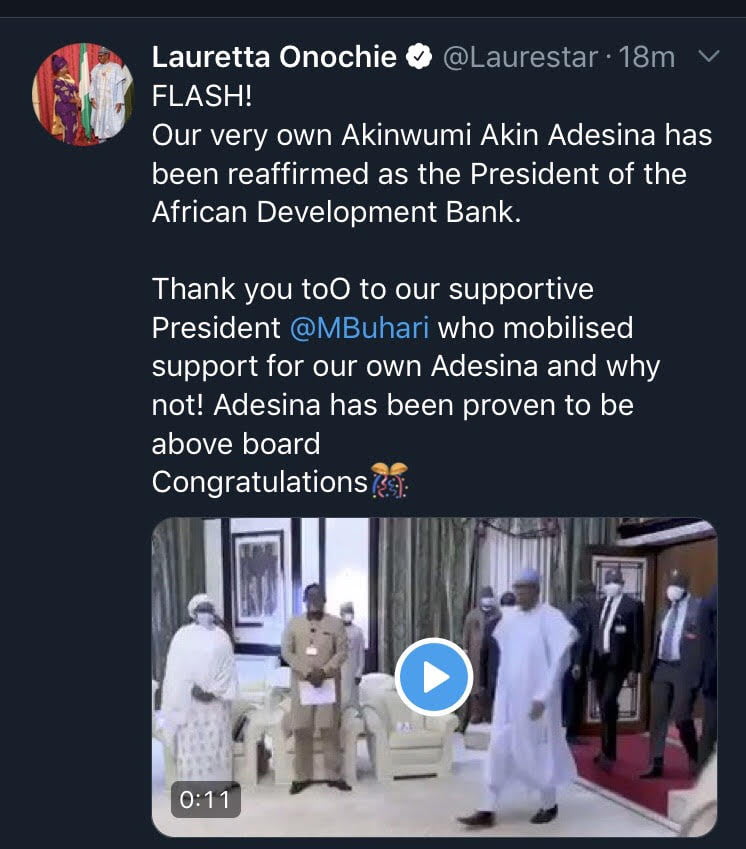