#AcademyAwards : Genevieve’s Lionheart movie was disqualified because it was not good enough – Nigerian Writer, Sugabelly

Nigerians woke up to the news that the country’s entry for the Academy/Oscar awards, the movie ‘Lionheart’ was disqualified from its category because there was too much dialogue in English. 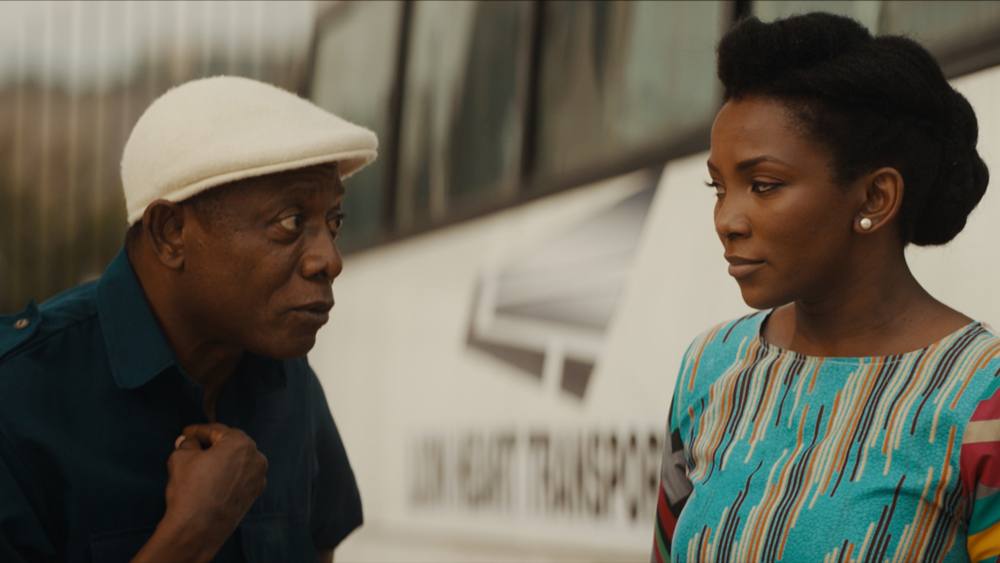 Actress, Genevieve Nnaji, who directed and starred in the movie, in her reaction, stressed that English is the official language of Nigeria, a language that unites a country of over 500 different ethnic tribes.

Nigerians are also reacting to the news on social media and a popular/controversial writer, Sugabelly, is of the opinion that the movie was disqualified simply because it did not meet up to standard – ”The film is not good enough”, she wrote ;

The first and last thing I am going to say about this Lionheart Oscars / Academy Awards lunacy is this:

Korea did not submit Train to Busan to the Oscars, you think it’s Lionheart that deserves to be nominated for an Oscar.

Please check into rehab and say no to drugs.

I really need to stress that the problem with #Lionheart being nominated or not nominated for the #Oscars has nothing to do with whether it’s in English or not.

THE FILM IS JUST NOT GOOD ENOUGH.

Imagine expecting Lionheart to stand next to Parasite in the Nominations. 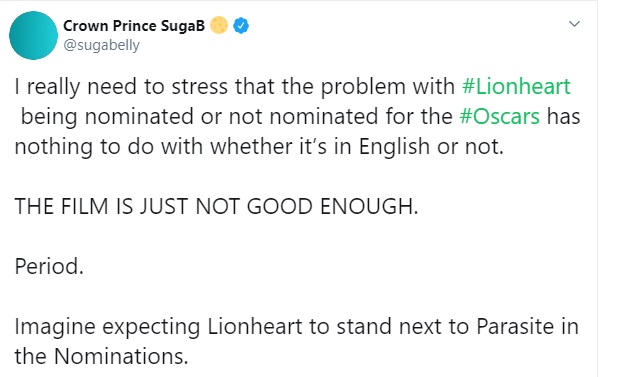 Genevieve Nnaji reacts after ‘Lionheart movie’ was disqualified as Nigeria’s Oscars entry for having too much English Dialogue.